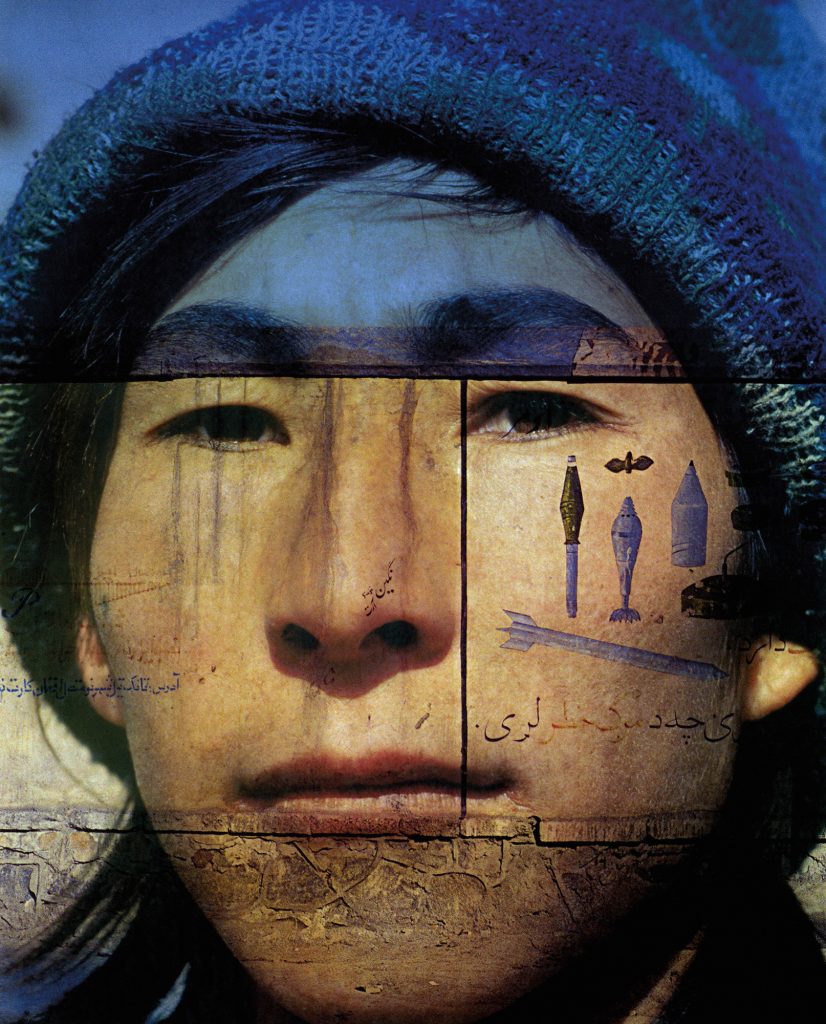 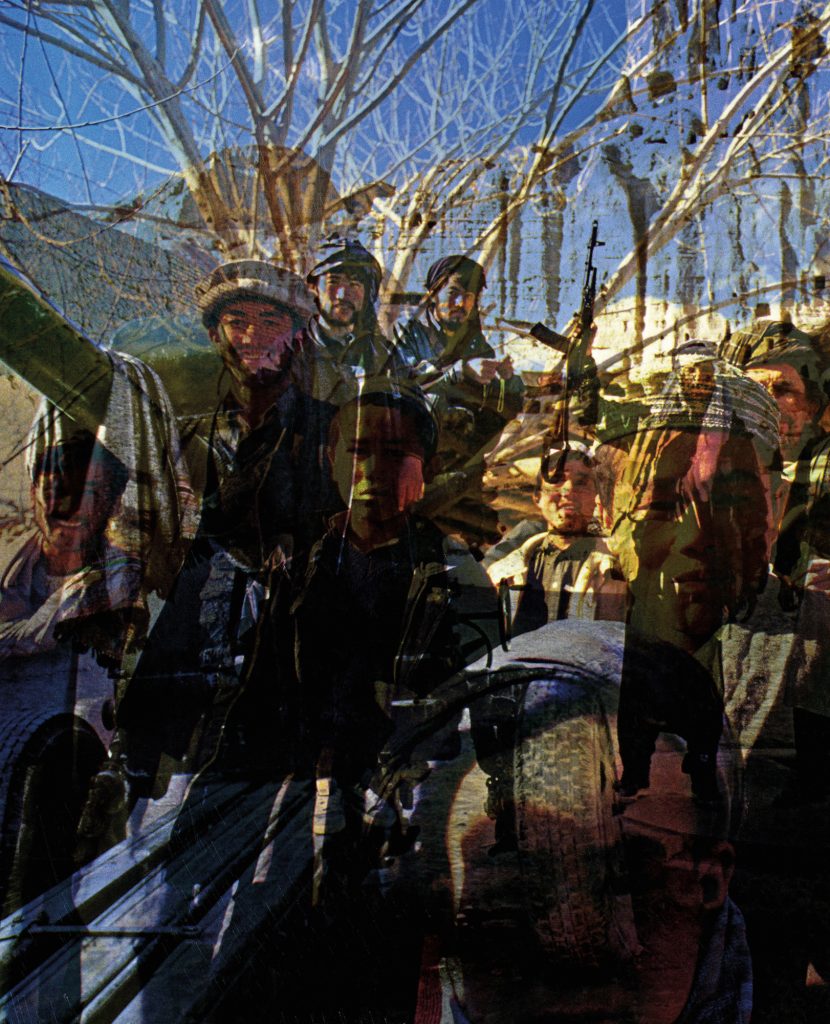 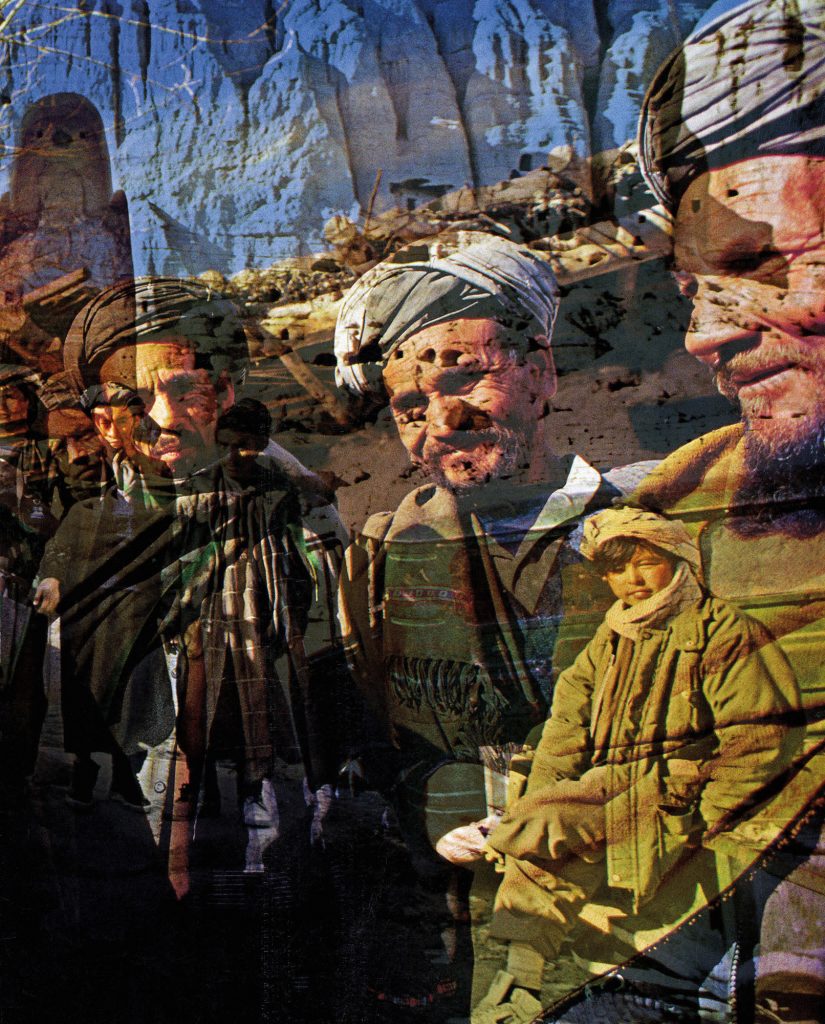 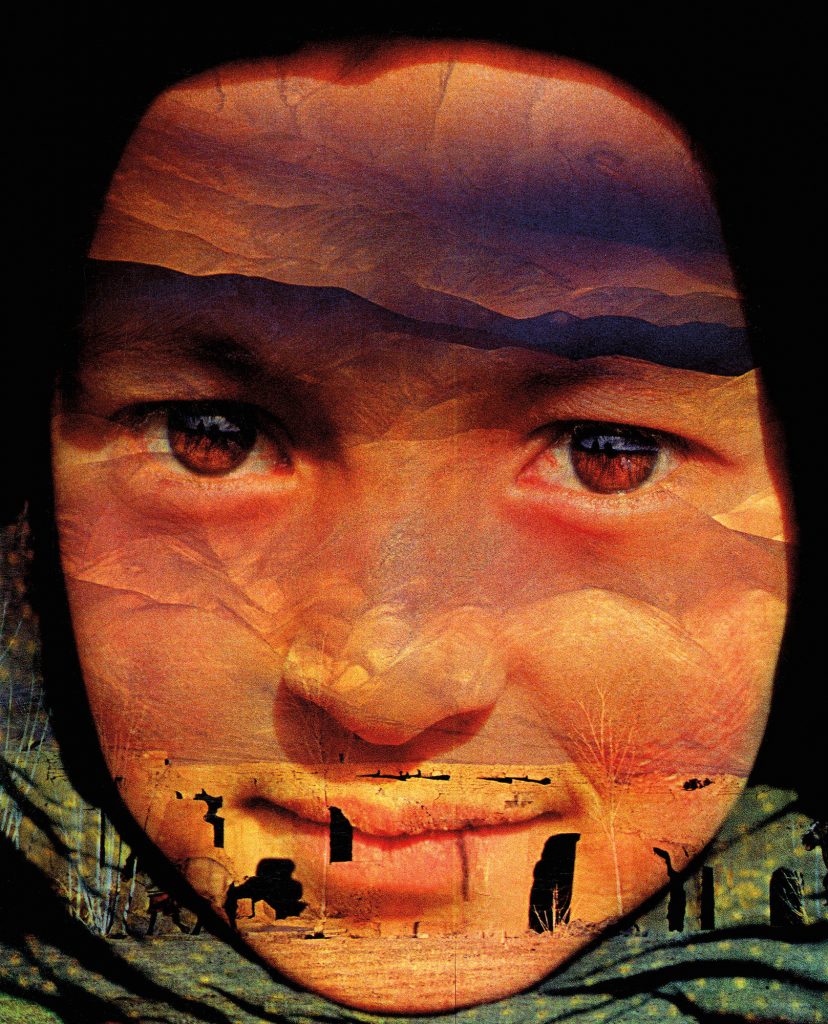 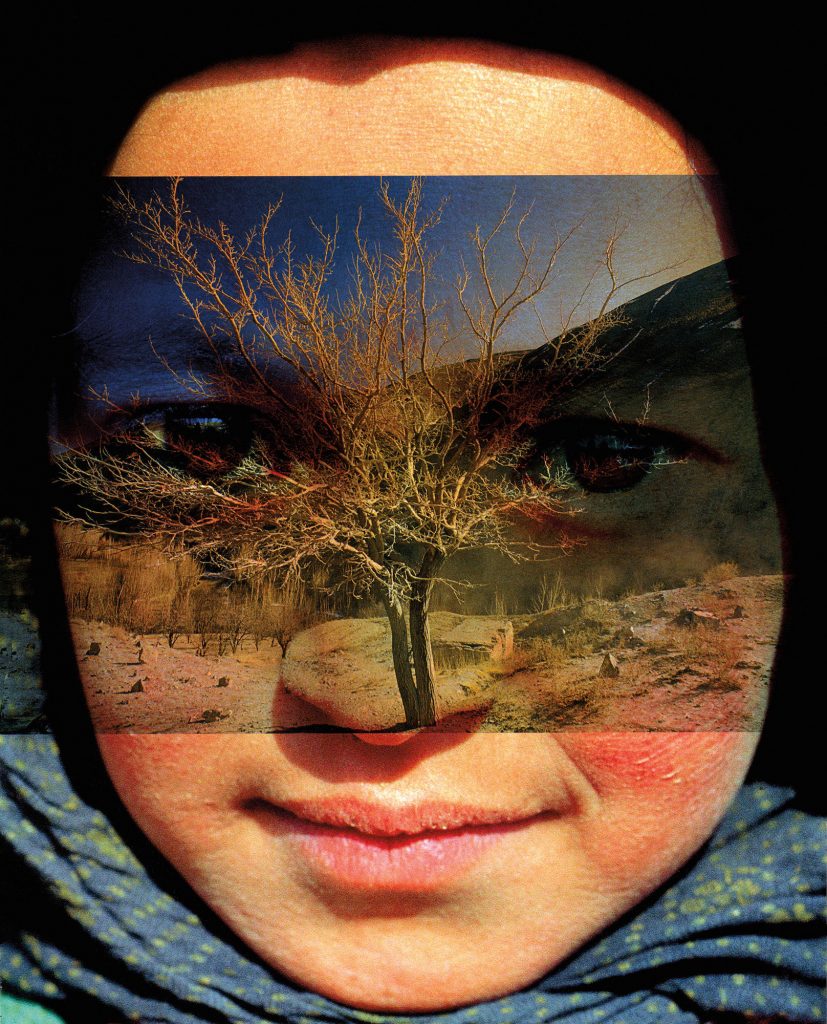 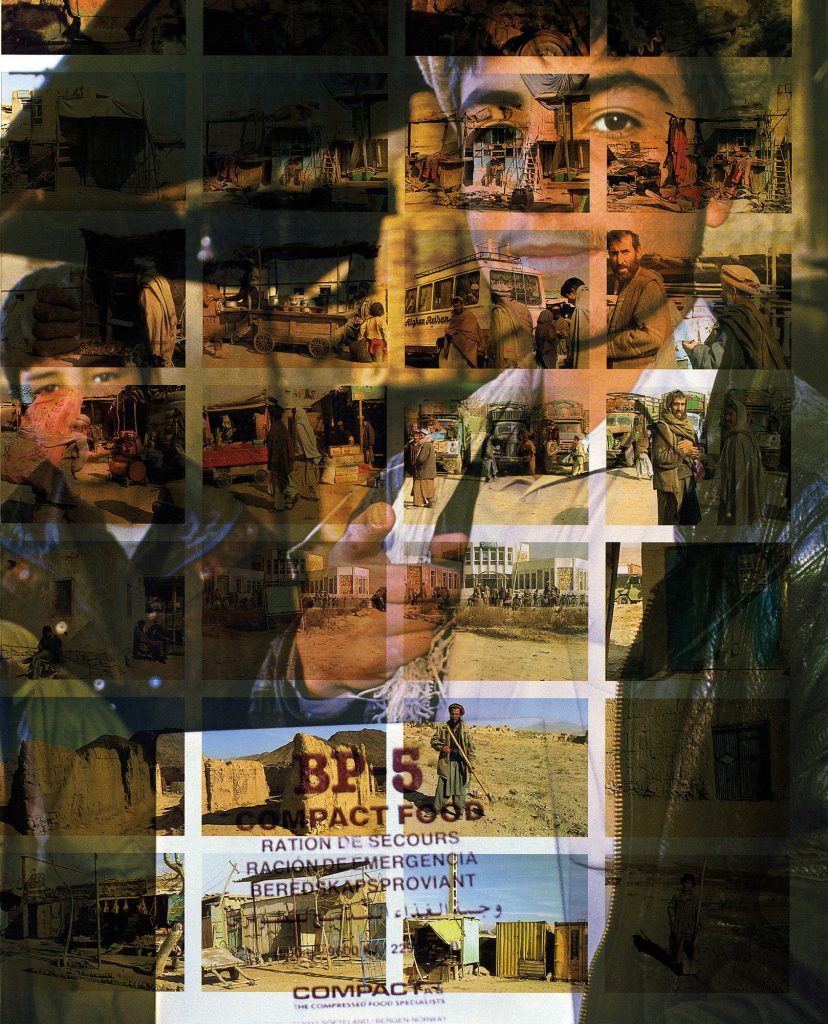 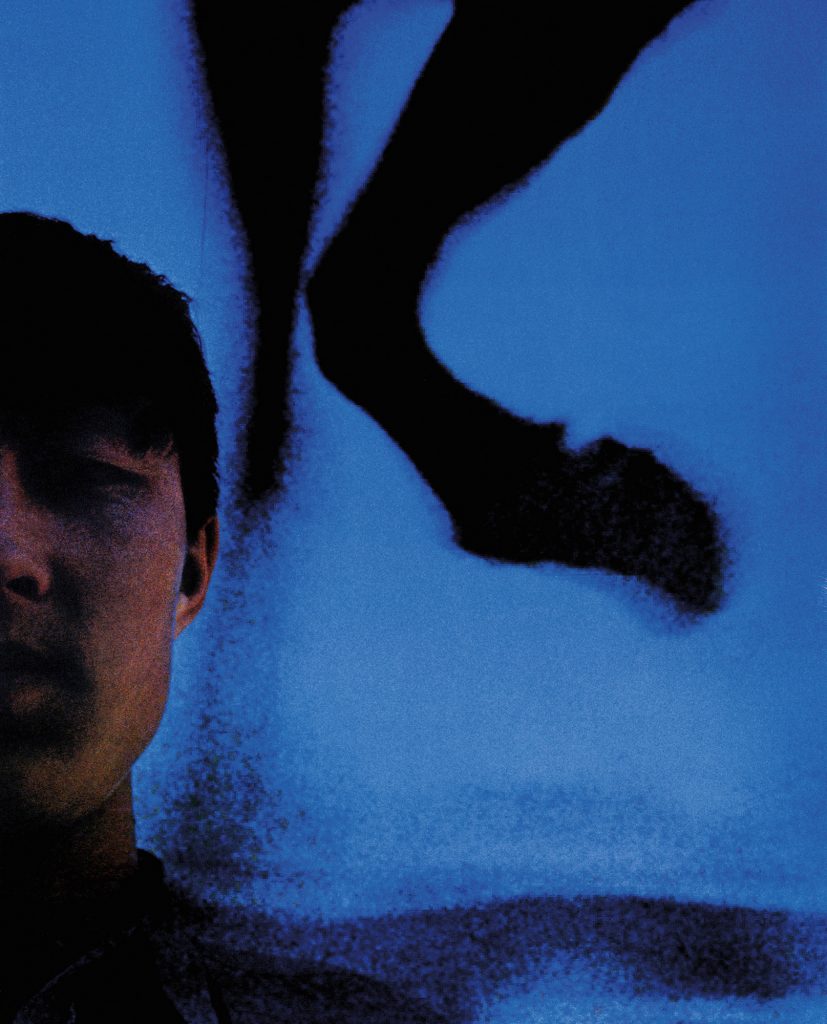 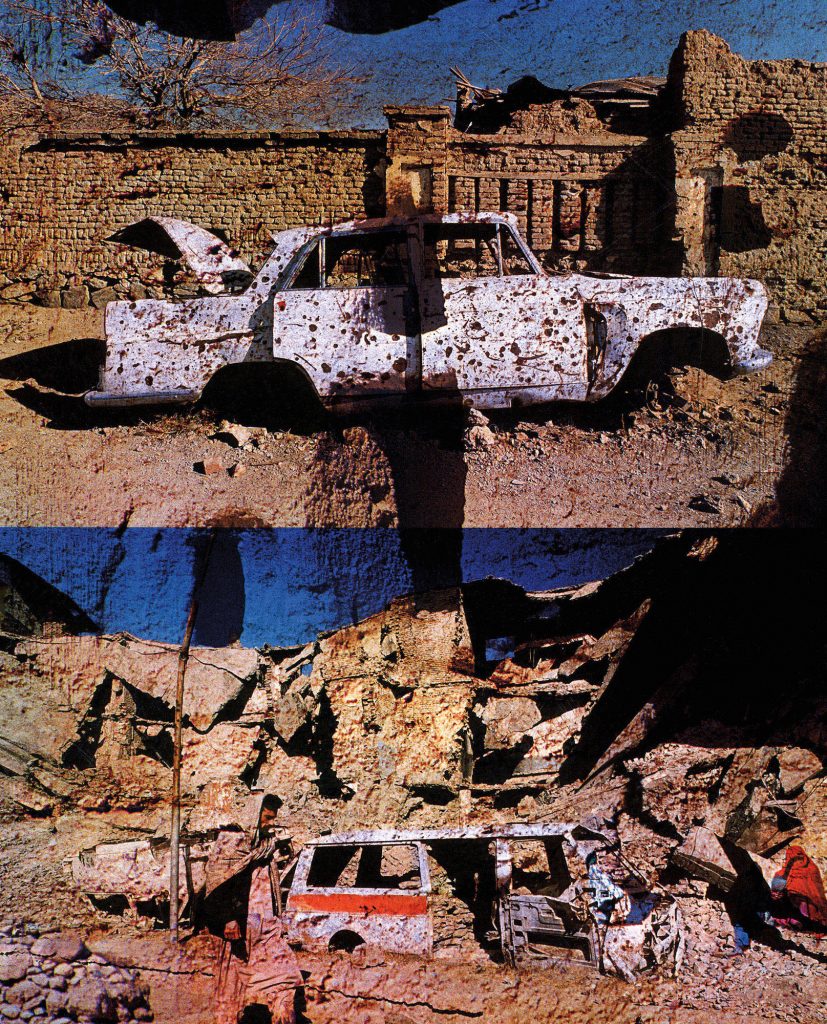 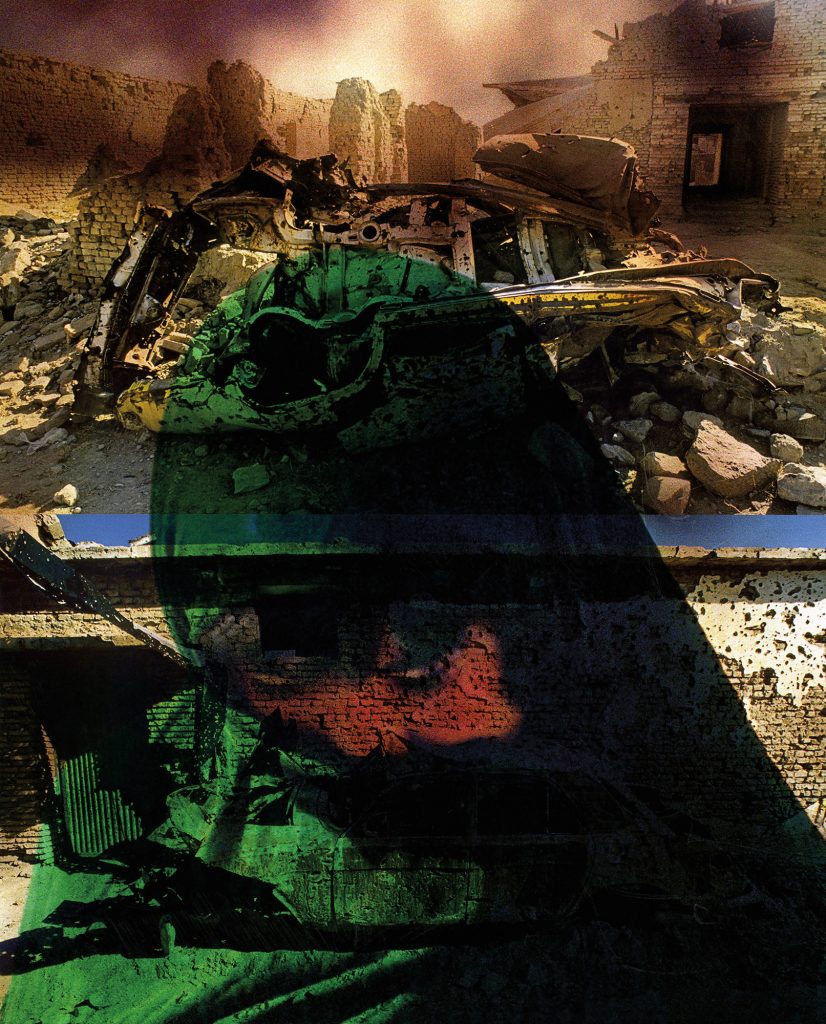 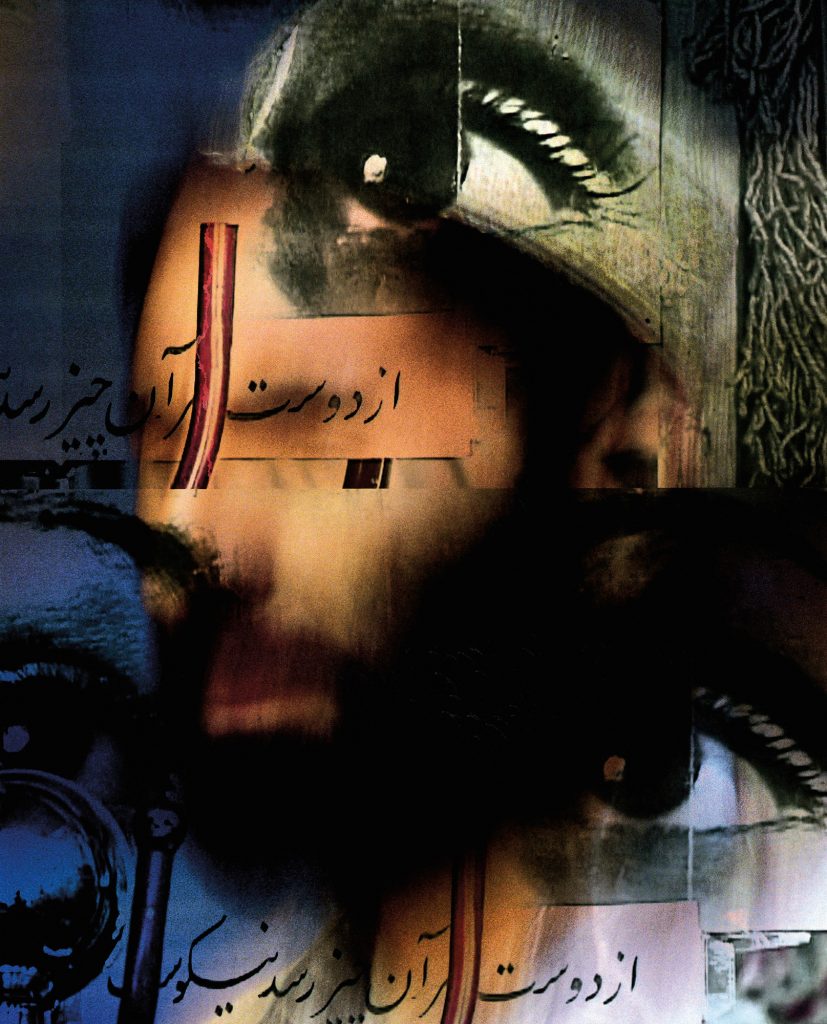 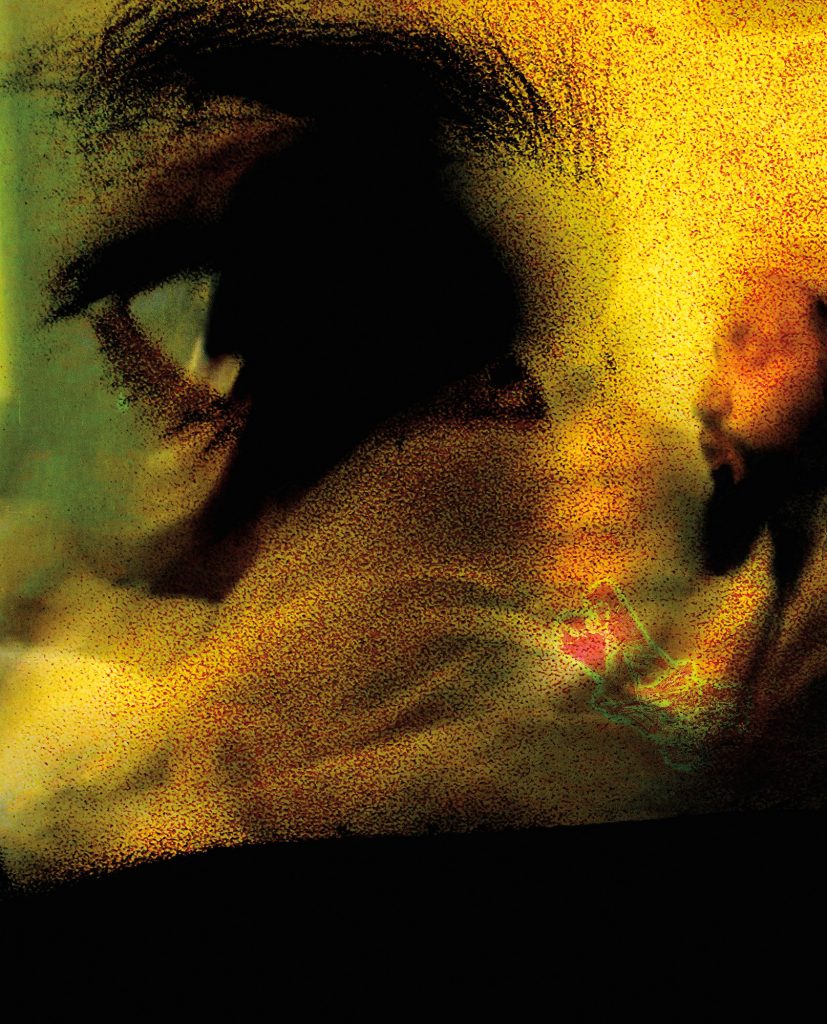 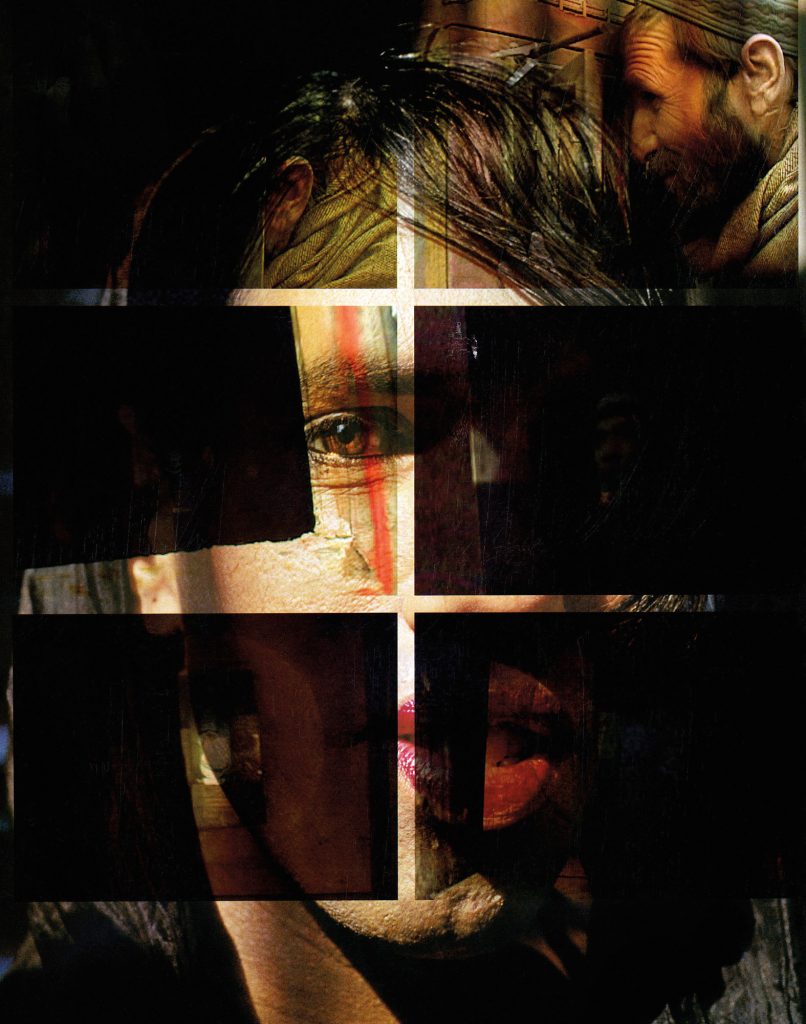 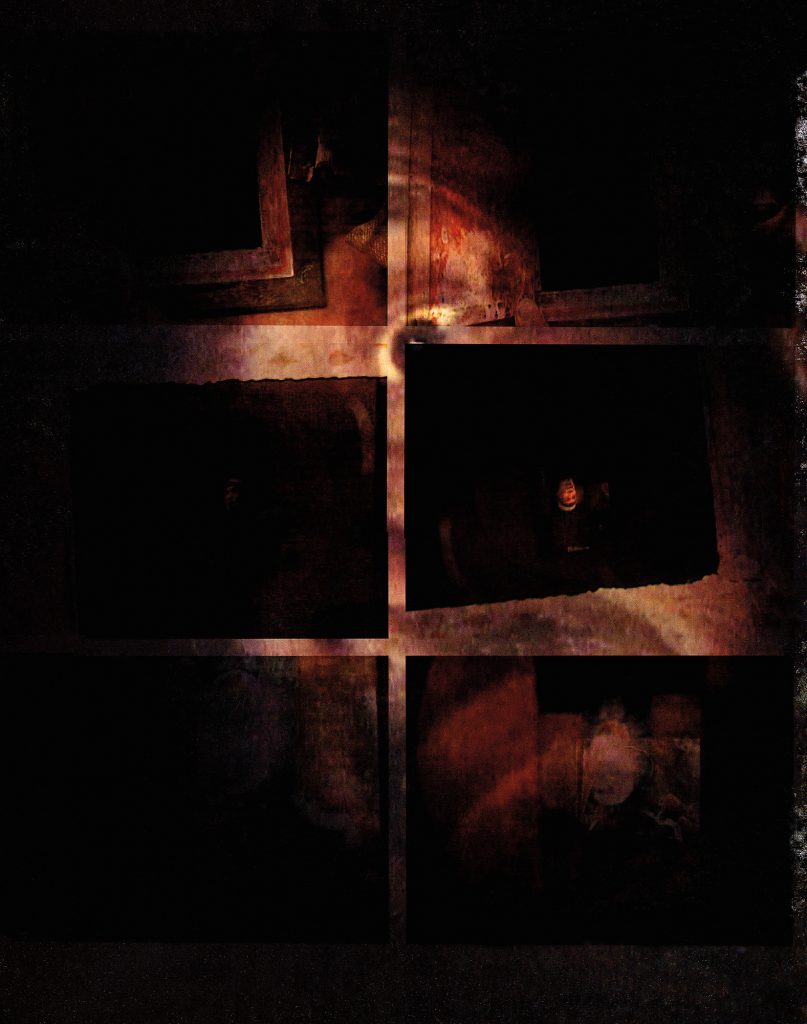 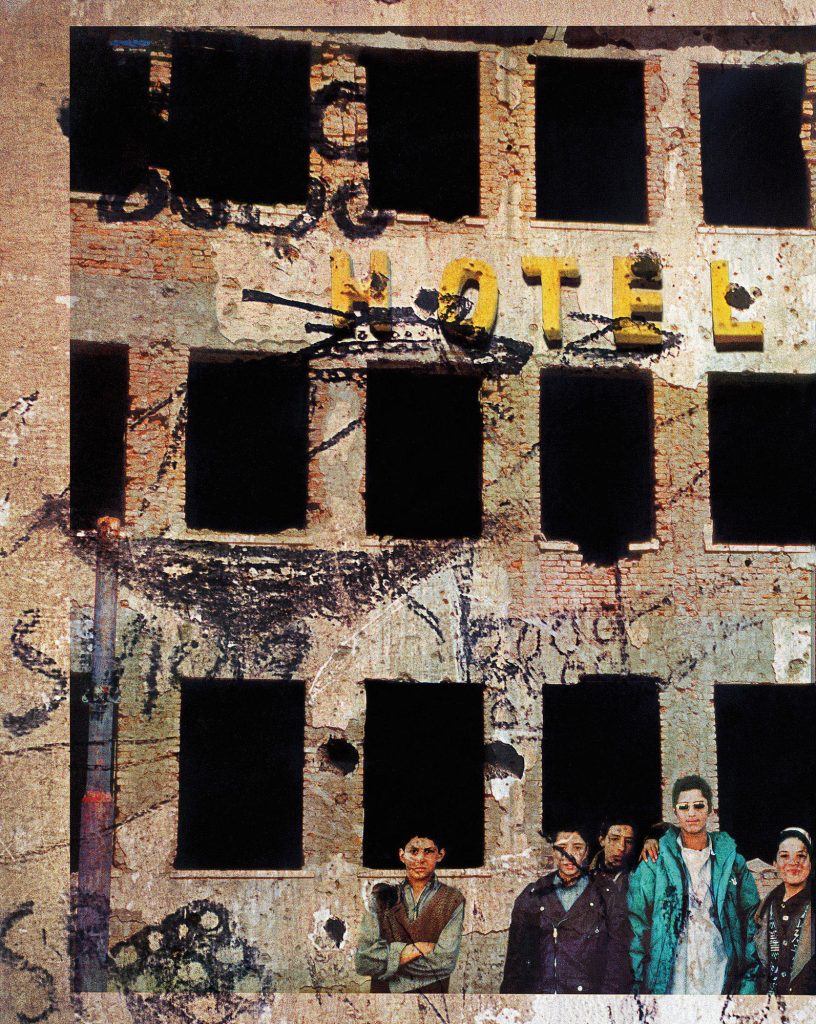 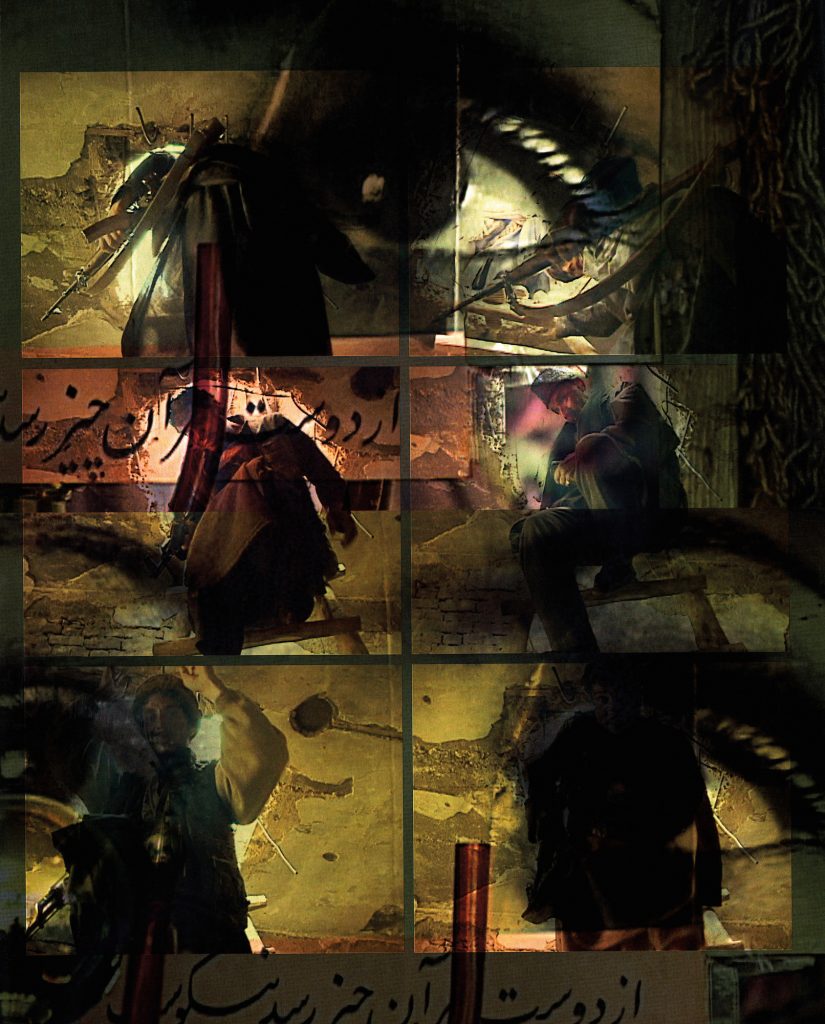 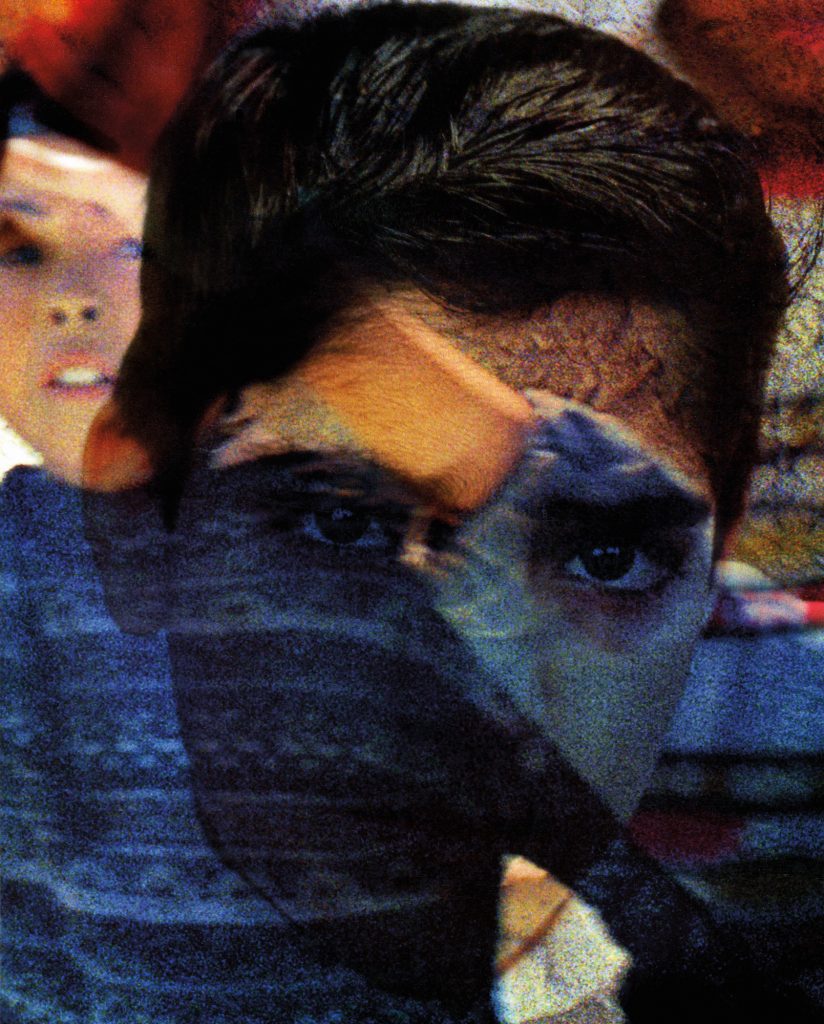 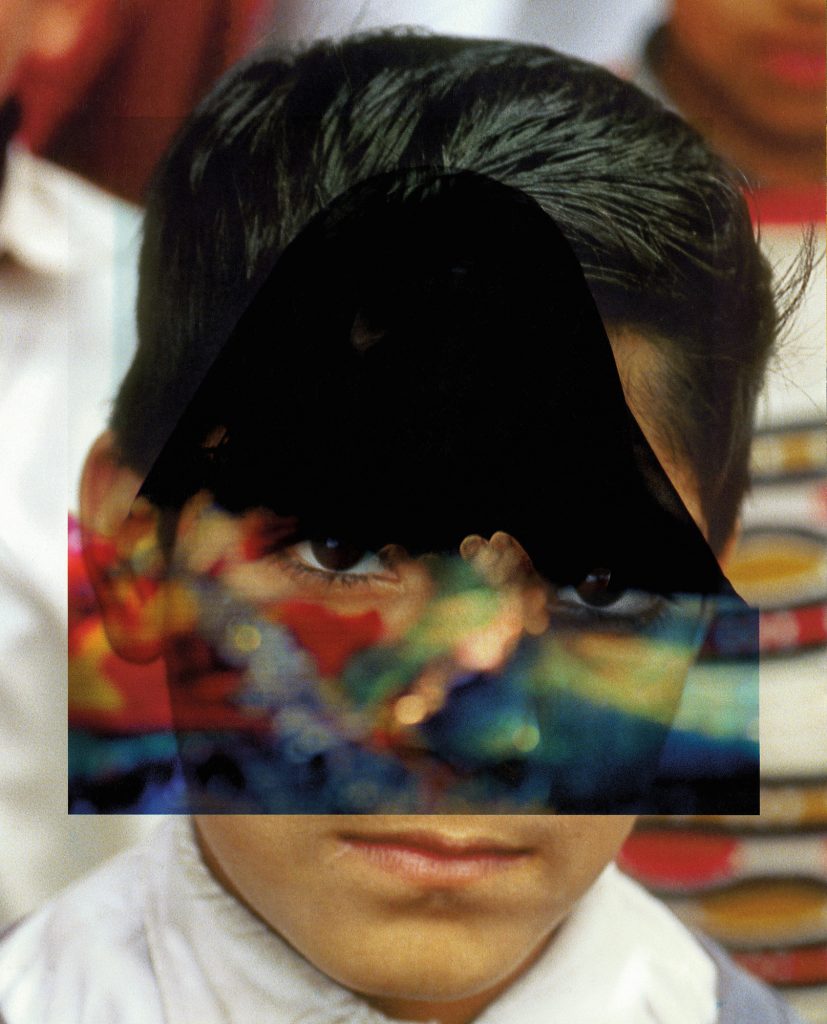 I. Arthur Omar visited Afghanistan in 2002 at the invitation of the 25th Bienal de São Paulo, which addressed the theme of contemporary cities. His mission was to reach the town of Bamiyan in the central region of the country and to bring back fragments of the huge statues of Buddha destroyed by the Taliban in March 2001. The fragments would be displayed at the Bienal as a symbolic gesture of resistance. But force of circumstances turned his risky journey into a rite of passage, marked by his encounter with otherness and, more than a mere reportage, it gave rise to an exercise in visual and cultural anthropology, which is at the heart of his book Viagem ao Afeganistão [Trip to Afghanistan] (2010).

Anthropology is a constant in the work of this photographer, filmmaker, artist, writer and theorist sui generis – as is evident in his Antropologia da face gloriosa [Anthropology of the glorious face] (1998) or A lógica do êxtase [The logic of ecstasy] (2001). His diversified attention to the different symbolic forms of culture and history, the development of a viewpoint that is simultaneously current and timeless and, above all, his recognition of the significance of the image as a “totally anthropological phenomenon,” in the words of the German art historian Aby Warburg, comes from Omar’s familiarity with the discipline. The poetic mythology strength of the image is both the compass and the destination of this work, in which the artist commits to perceiving the difference and the varied experiences of perception.

If one of the initial goals of the trip was, as Omar says, “to investigate the theme of Iconoclasm, of destruction, of the representation of the body, and the ruin,” the reality of what he found widened the scope and transcendence. His journey in search of the traces, the shadow, the void left by the Bamiyan Buddhas, as suggested by the philosopher Antonio Negri, makbecomes a search for signs (mementos mori and the desert of the real) of a past imploded by fundamentalism, an attempt by the calling of photography itself to perceive the latent and survival.

Far from the stereotyped images of the news and the synoptic information of wars as seen on tv, the photography that emerged from this journey is an exploration without restraints, which points us towards what is outside the reach of both the pictorial space and the real space as perceived by the lens. The contract that we have with the images is revised, by placing their author and their viewer in positions different to those conventionally assigned to them. The intimate experience of the image, whether it be in Dionysian communion with the object in question, or in its interference, is an integral part of this poetic and rejects any notion of ceremonial ethnology as studium, in favour of the ubiquity of the punctum because the distance should be minimal: the sensorial requirement is emotional power. Unlike the voyeur, the viewer is placed face to face with the images. Omar’s visual repertoire is that of both the hunted and the hunter. And it is not for nothing: the questions raised by the artist and photographer echo, and are unsettling: “What is a portrait, what is landscape?”

Omar succeeds in shining another light on this devastated country, with its population torn apart and under the Manichaean gaze of the West. He shows us another chromatic culture, another spiritual and cultural context, and a humanist reality that is rare: the encounter with the other as a poetical dimension. “To find the other: that too is a current philosophical project,” says Negri. The human portrayal of the journey ennobles our view. The displacement experienced is not just geographical or superficial, but shifts the position of the subject and changes the definition of the object in the journey. “What is the status of the image and its perception in that country? How do the local people behave in front of the camera?” In other words: what are the signs of receptivity, of empathy?

Ruins are usually portrayed as still-lives in a denatured landscape. But here they have not yet reached the status of relic. The ruins of Afghanistan do not belong to the universe of theme parks, in which everything is intended to be seen in a standardized way. In these images, the architecture of destruction is throbbing, pulsating, claiming its visual right not to fall into obscenity, into something changed and domesticated by mechanical prying. In reality, these images are not melancholic or elegiac. They are not part of a Benjaminian view of the ruin. The constructions – imploded and exploded, full of holes, empty, desolate and open to the elements – are not part of a distant past, at the time of revisiting. They belong to a wounded present that have yet to become part of the hyper-real or the simulacrum of history.

“Everything becomes closer, in time and space,” says Omar in Trip to Afghanistan, “because I’ve been to the furthest place from me, and I have lived the absolute non-rest inside there. So everything is now home, as it is there, where the home is not to be found in the visible. Paradise is not somewhere you can journey to, nor is it a place that you can visit, or photograph, or even perceive. There is no geography in which to locate this place. All my work with the image starts from this premise. Therefore, in this moment, I revoke the whole of this book.” The new images in Limbo, a new reflection on Trip to Afghanistan, seem to have heard this prediction.

II. Dictionaries give several meanings [in Portuguese] to the word “limbo”, in addition to being the place to where the souls of children who were not baptised are destined, according to Catholic theology. Limbo also refers to oblivion; a place where useless things are discarded (and rescued); the bright contour of a star; that which is positioned on the outside of something: margin, border, edge.

All of these meanings are present in this new series of photographs by Omar. If Trip to Afghanistan is an adventure in perception situated in a geographical space which is in a state of turmoil induced by the echoes of recent war, a fusion of the ancient past and present events, Limbo gives body to a paradoxically artistic situation. During the printing of the book (adjustments to the press, color calibration, etc.), the simple reprinting of some pages gave rise to unexpected scenes, and fantastic overprinting and overlays. As a chance photo montage, random and unpredictable, in which the co-participation of the printing press is transcendental, the unconscious optical effect activated by the artist gives rise to a meeting of images worthy of a live photo performance.

The resulting visual weft gives rise to visual paradoxes, flashes of illumination which superimpose faces and architecture, ruins and looks, rosaries and images of explosive mines, the half-obscured face of a homosexual or a look of ecstasy worthy of a baroque painting. Unexpectedly, the reality of Trip to Afghanistan is reconfigured: the images become even more distant from their origin (landscape, history, the imaginary), and that original glimpse of the other seems to have retreated from sight, returned to its primary source.
A large part of the merit of the work lies in the original series of portraits, which emerge from another plane and the look from afar, creating a line on the horizon with the viewer (the photographer in the first place, then us). We have, therefore, a worldview, a mythical look that is also appearance, an entrenched look at things, a strange communion with everything. In an aesthetic alchemy which further condenses its lyrical and dramatic pathos, we see a sunburnt girl, the landscape written on her face, which is perhaps one of the biggest icons, something highly poetic, of this group, whose images visually invoke another question posed by the artist: the relation between the “image and memory, between the image and time, and memory without image.” If the book was turned inside out, it is also because the succession of images disappeared in favour of a quilted look, in which one image merges into another, producing an almost immaterial density.

The superposition of looks and situations – situations that are portraits, portraits that are scenery – seems to override the story and the image in a new endless dialectic, without a satisfactory or pre-determined solution, offering only its conflicting truth. As photographs pregnant with themselves – the photomontages always maintain a certain state of suspension, of unreality – they contain the infinite power of an opening and reveal a visual matrix proclaiming a drift that is to come. The images speak more loudly of their previous lives, of their nature as an enchanting fable, in a visual resurgence that questions our perceptive knowledge: to see is to discover. ///

Adolfo Montejo Navas (1954) was born in Madrid and has been living in Brazil for the last 24 years. He won the Mário Pedrosa Prize for Essay and Contemporary Culture (2009) and the Marc Ferrez Photography Prize (2015), in the Critical Reflection category, with Fotografia / poesia (afinidades eletivas).